SDYC’s New Year’s Day race was a fleet race on San Diego Bay to kick off the new year. This is what we do for our team building events and corporate sailing charters to bring employees closer together and help strengthen corporate relationships.

For many years the New Year’s Day race is an opportunity to have fun and bring in the new year with a BANG!

We entered our retired Italian America’s Cup race boat IL Moro di Venezia, ITA 16.  This would be IL Moro’s first fleet race in well over a decade!  We had raced her in several match races against our other America’s Cup boat, Stars & Stripes USA11 during team building corporate charters and we knew she was fast, very fast!

Race day on San Diego Bay was absolutely beautiful. Sunny and clear with a light, but building breeze, eighty-seven sailing race boats were on the water, positioning themselves for their group start. There were 6 different fleet groups, each comprised of somewhat similar boats.  Each group was assigned a start time. IL Moro is a large race boat. She is 76 feet long and has an eleven story high mast. She carries around 4,000 sq ft of sail area. Because of her size, she was assigned to group one.  Group one would be first at the start line. The idea is, start the big boats first, so they stay out of the way during this fun race.

The wind was starting to change direction, and so what would have normally been an upwind start, quickly became a reaching start…wind coming more from behind us.  The big boats were hoisting their kites (spinnakers) to cross the start line. We chose to keep up the small jib, no kite.

The starting horn blew. IL Moro quickly sailed across the start line in 3rd or 4th place, but no worries.  One by one we passed our competitors, as the wind unexpectedly increased!  Even though first leg was short, one of our competitors blew out their kite, as their boat became overpowered by a sudden increase of wind. Boats brought down their spinnaker as they rounded the mark and quickly hoisted their jibs.

One by one, IL Moro passed the sailboats that had been ahead of her. Now with wind more on her beam, she got into her grove.  It was exhilarating to see all of the other boats in the race slowly slip behind us.  After IL Moro rounded the mark by the Coronado Bridge on San Diego Bay, the wind speed picked up even more.  We clocked her doing 14 knots as we passed the Midway Aircraft Carrier Museum.  This leg was the longest, and soon the closest race boat was are least a mile AWAY!

Rounding the final mark put the wind behind us as we headed for the finish line. Again, we chose not to put up anything larger than a small jib. For safety reasons, we didn’t want to risk putting up more sail area in wind gusting to 25 knots. The yacht who was trailing us so far away was catching up. They had decided to put up their spinnaker!  Fortunately we crossed the finish line first, by a mere 5 seconds.  First across the finish line, what a great way to start off the the year 2019 with a BANG!

And the fun will continue. We look forward to taking countless guests like you aboard IL Moro, ITA16, and Stars & Stripes USA11. Sailing is our passion, and we would love to share that passion with YOU!  Go ahead and book a sail aboard one of these two famous America’s Cup race boats! Sailusa11.com 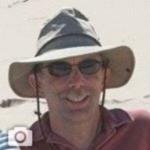 For a non-sailor this is a fun activity sailing around San Diego bay. One couple on my trip had sailed the previous day and came back for more. However, for a sailor this is a chance to sail a 20-year old light-wind Ferrari. We only had half-a-dozen customers so I got a long turn at the helm. After sailing downwind I had the helm to beat our way back to where we started. I got to sail it on the edge of pointing as high as I could while dealing with slightly variable and slightly shifting winds. I was making 10 knots while close hauled in a roughly 12-knot breeze. It doesn’t get more fun for a sailor. You are at the helm of a 78-foot boat carrying 4000 square feet of sail. I passed some boats like they were standing still. I smile just remembering it.

Ask renbody about Sail Stars & Stripes USA-11
Thank renbody
This review is the subjective opinion of a TripAdvisor member and not of TripAdvisor LLC.
Yifat M
1
Reviewed 2 weeks ago
Stripes & Stars – wonderful

Wonderful experience. Very nice and knowledgeable team. They let everyone to take part, according to their wish and ability.

Ask Yifat M about Sail Stars & Stripes USA-11
Thank Yifat M
This review is the subjective opinion of a TripAdvisor member and not of TripAdvisor LLC.

It was a pleasure having a fellow skipper join us for a sail aboard Stars & Stripes.

This response is the subjective opinion of the management representative and not of TripAdvisor LLC. 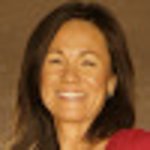 JaneSanDieg0
San Diego, California
104
Reviewed 3 weeks ago
What a thrill!

A wonderful experience! If you get a chance to sail the Stars & Stripes.. do it! What a thrill to “grind” and be part of the team. It was so fun to sail FAST with an experienced crew dedicated to making your experience super special! 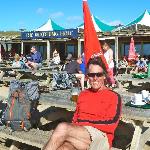 JimW551
San Clemente, California
635198
Reviewed 4 weeks ago via mobile
Loved it and I don’t like sailing

Went here with several guys from a retreat. Most from the Midwest. I sail sometimes and don’t enjoy it. This was great! Super views, boat was very stable and fast. Fun to steer (they let you). You get to grind and help out. The captain and owners and crew could not be nicer!

Ask JimW551 about Sail Stars & Stripes USA-11
Thank JimW551
This review is the subjective opinion of a TripAdvisor member and not of TripAdvisor LLC.

Thanks for the nice words and happy to hear even a non-sailor had fun.

san diego things to do